You are here: Home / ecotoxicity tests 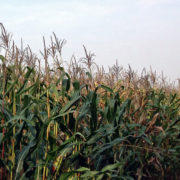 Since almost two decades now, chemical stressors such as pesticides are subjected to a number of standardised ecotoxicity tests for regulatory approval prior to their release to the environment. Since the advent of the technology, genetically modified organisms (GMOs) in general, and genetically modified plants (GMPs) in particular have been a contentious issue  and, very […]

END_OF_DOCUMENT_TOKEN_TO_BE_REPLACED

Despite efforts to include ecotoxicological tests as an integral components of the assessment of contaminated land, most decisions regarding soil remediation or natural attenuation monitoring and/or assessment still rely on the results of chemical residue analyses. The German Federal Soil Protection Act (1998) stipulated the protection of natural soil functions, including the function as habitat […]