You are here: Home / Bradysia impatiens 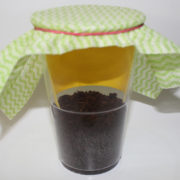 Prior to releasing a genetically modified plant (GMP) into the environment and placing it on the market in the European Union (EU), an environmental risk assessment (ERA) according to EU Directive 2001/18/EC has to be performed. Current testing of the effects of GMPs on non-target organisms is mainly based on ecotoxicological test methods that were […]